Today it’s all about the god Saturn and a great Roman festival bearing his name, the “Saturnalia” – and it’s a fiery affair. 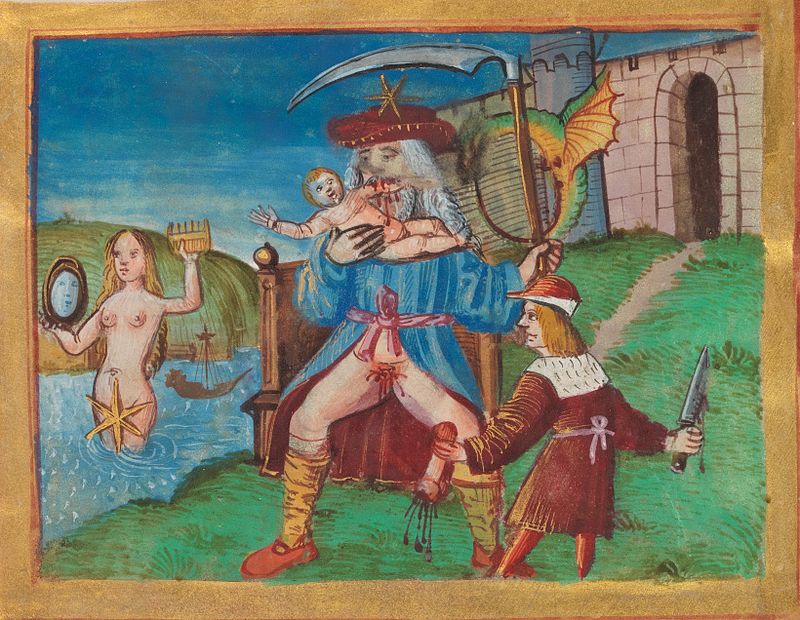 That must have hurt. By Anonymous – https://boondocksbabylon.com/2015/05/11/the-castration-of-uranus/, Public Domain, Link

Saturn as God had different functions. In Greek antiquity, he is known as “Cronos”, the son of the earth (Gaia) and heaven (Uranos).

The picture also shows Pontos and Tartaros, i. e. the ocean and the underworld, which in the broadest sense can be seen as siblings of Saturn/Cronos. He is commonly associated with time, but he also had tasks such as prosperity, agriculture, renewal, freedom…

Over time, these characteristics have become his. It is difficult to reconstruct what its original function was. Perhaps it is right to assume that he – in the broadest sense – was one of the fertility deities, a mixture between Mutunus Tutunus and the weather gods. But that’s speculative.

His relationship with his parents (Gaia and Uranos) and his own children is definitely interesting: Jupiter/Zeus and a large part of the Roman-Greek pantheon.

Gaia and Uranos were the parents of the Titans. Either Gaia has born (and married) Uranos out of herself or Uranos had a father, namely the Aether, who was the son of darkness (Erebus) and night (Nyx). However, the more precisely one deals with them, the more closely one deals with something that is described as a “cosmic egg”, namely the idea (probably of Egyptian origin) that the universe was created from this very object – and then, of course, all these personalized abstractions, such as time, darkness, night, day, etc., are evolving. 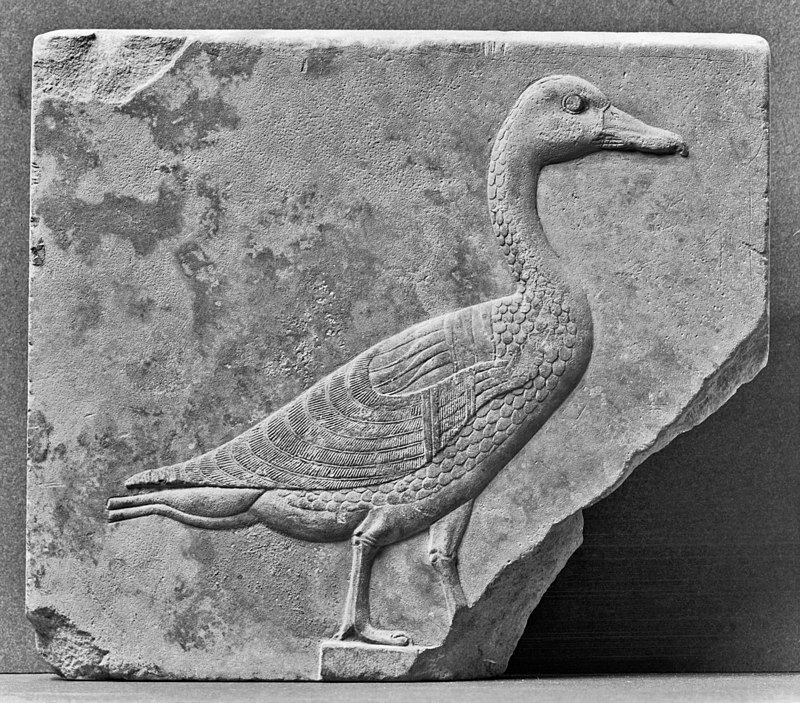 However, the question of the origin of hen and egg remains unanswered. Geb is both the name of this goose, which allegedly laid the cosmic egg from which everything originated and its own child (or something that originated from the egg), which was a male Egyptian earth god called Geb. Nut, his heavenly counterpart, was female. (Note the reversal of Gaia (earth) and Uranos (sky) in ancient Greece.)

The idea of a cosmic egg exists in many cultures. Even in the Baltic-Finnish region.

Saturn, as the last son of Gaia and Uranos, made sure that he and his siblings (partly “normal” gods, but partly also gruesome monsters) were able to escape from the Tartaros, where they had been locked by Uranos, fearing that his children would steal his power.

Saturn did this by emasculating his father at the behest of his mother Gaia, as can be seen in the pictures above.

Nevertheless, Saturn experienced almost the same thing, as he – during his reign – also made some mistakes. For example, he did not free his imprisoned brothers and sisters, but let them stew in the earth, what his mother Gaia (the earth itself) did not like so much. She was then also the one who said that Saturn would have problems with his own children.

So, Saturn decided to simply eat his children, as you can see in the following picture.

Saturn’s wife Rhea could no longer see this and decided to hide their last child – Zeus/Jupiter – from the voracious father. Zeus thus reached the earth and was suckled by a goat or nurse, who is said to have something to do with the cornucopia.

When Zeus/Jupiter was old enough, he demands his father reigns over heaven and earth and two violent battles, known as Titanomachy and Gigantomachy, erupted, which have been recorded in many pictures. 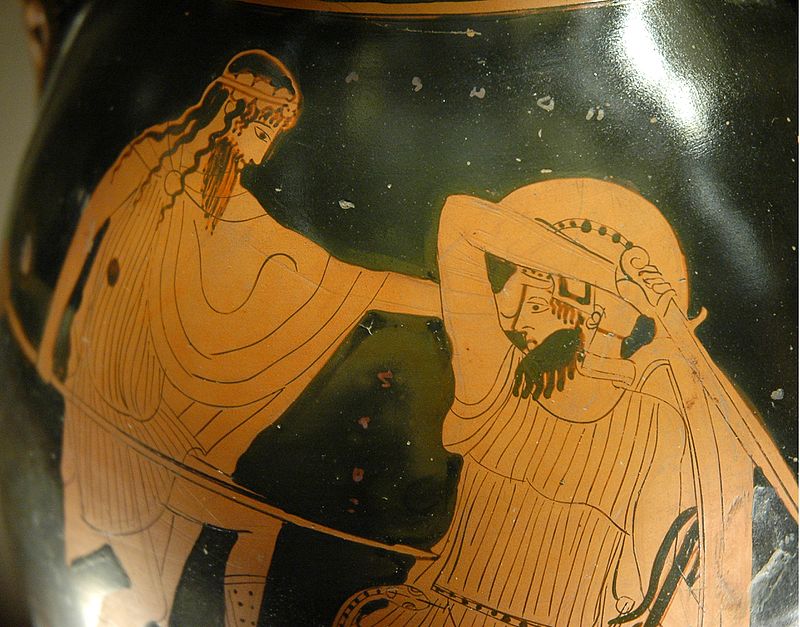 After these wars, the brothers and sisters Zeus/Jupiter, Poseidon/Neptune and Hades/Pluto divide the earth among themselves. Jupiter gets the sky, Neptune the sea and Pluto the underworld.

There are, by the way, stories of god battles, as well as those of the primeval egg, in many European and southeastern cultures. The Scandinavian Æsir fight with the Vanir, Babylonian Marduk fights Tiamat, Hurrian Kumarbi fights Anu, the Hindu-God Indra fights the Asuras.

For the European Roman-Greek region, the godfighting stories were handed down by Hesiod. 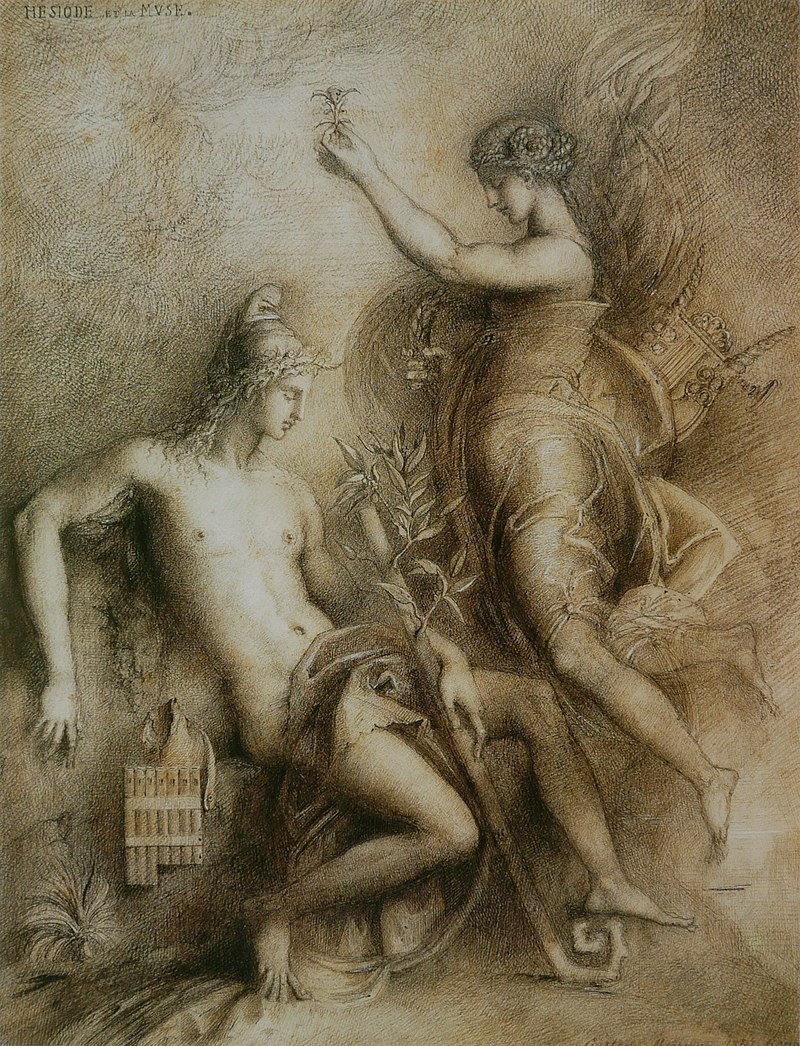 We know little about Hesiod, probably he lived in Boiotia in the 7th century B. C., a landscape which got its name from the Greek word for cattle. His most famous works are “Works and Days” and the abovementioned tales of the gods come from “Theogony”.

In “Works and Days”, Hesiod praises the value of work and describes the sequence of human history as a succession of eroding ages.

Saturn is said to have ruled over the golden age of mankind. And from then on everything just got worse. (Silver, bronze, iron…)

This thought was already widespread in antiquity, according to a Babylonian saying from 3000 BC.

Which may explain some of the current situation. 😉

An is this maybe the reason why, from a mythical point of view at least, the children emasculated and emaciated their parents?

In the golden age, when Saturn ruled, according to legend, the celebration of Saturnalia was born. Justin, a historian from the approx. 3rd century AD, writes::

“The first inhabitants of Italy were the Aborigines [ab origine], whose king Saturnus is said to have been a man of such extraordinary righteousness that no one was a slave in his reign or possessed any private property, but that all things were common and undivided, as a property for the use of each one; in remembrance of this way of life, it was decreed that slaves and their masters went to the table at Saturnalia”.

Saturnalia was thus, according to its origins, a feast that was directly attributed to the golden age, in which people lived in paradise with no need to work, as the earth willingly gave them its fruits. Of course, all people were equal at that time and there was no property and therefore no disputes.

In the Roman Empire, there were four great feasts:

and the festivities around the Goddess Bona Dea.

There will be a blog article of all festivals in the future.

Saturnalia took place from December 17th to December 23rd and therefore overlap to a large extent with our Advent and Christmas season, interestingly enough a time which is also said to be about giving rather than taking. 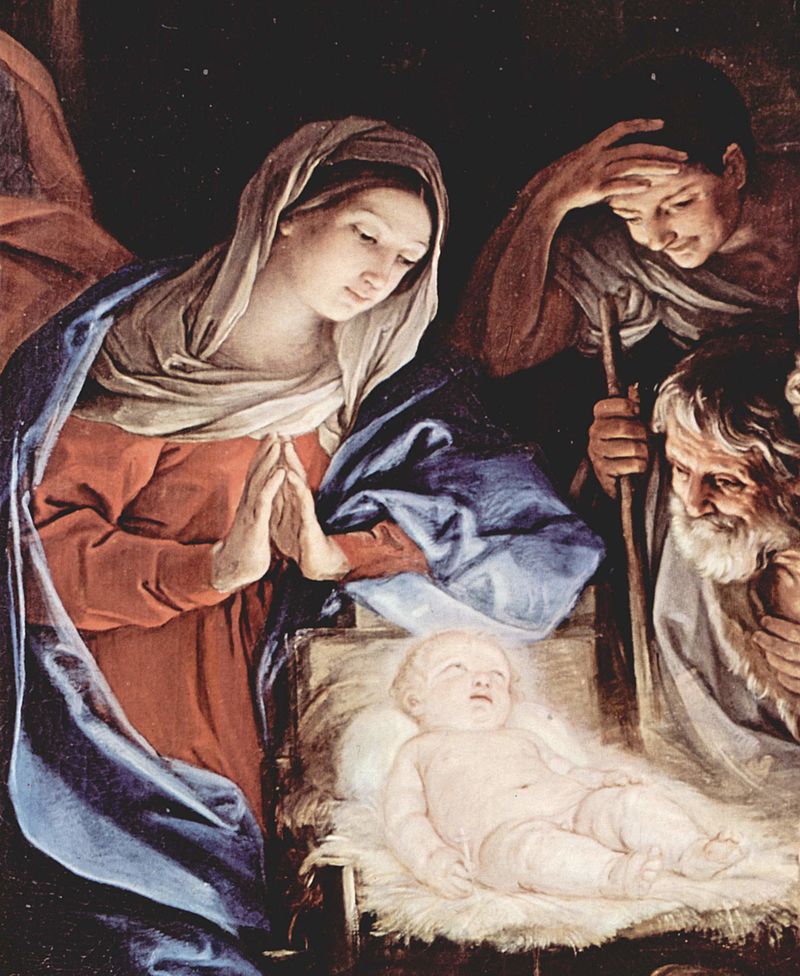 Saturn may have had a historical forerunner, an Etruscan God, which is called Satre, almost like a modern philosopher. The Etruscans lived before and at the same time as the Romans, introducing the first kings of Rome., The god Satre was a rather dark, unpredictable deity whose direction was the northwest. He was also important for the visceral examination, a kind of fortune telling method adopted by the Romans from the Etruscans. The Etruscans even had their own interpretation tool. 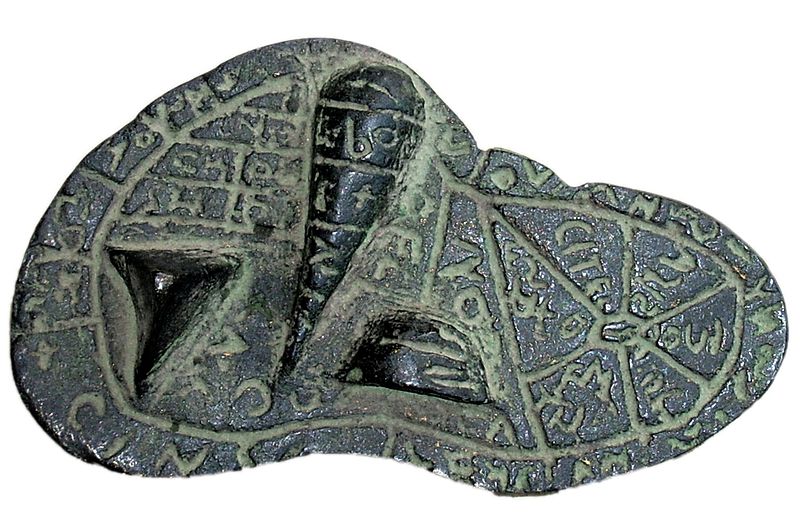 However, this form of divination is much older than the Etruscans, because the Sumerians already made use of it.

Around the year 2000 BC there was a real cult around the viscera, in which the liver, in particular, was of special interest. Several cuneiform tablets were described, which contained precise information about which part of the liver was to be interpreted depending on how it was shaped. At every palace that claimed to be something, there was a “Haruspex” or Barutu (Babylonian). The Aztecs also had similar ceremonies.

If necessary, however, it could also be less bloody, for example in the case of oracle methods with home-grown flour, smoke or oil.

Also the egg is a very popular and widely used oracle, both then and nowadays. (We remember the “cosmic egg” from which everything is supposed to have originated, and his Father-Mother “Geb”.)

I can recommend this wonderful German Wikipedia article about egg oracle to anyone who is interested.

Apparently, this type of oracle method is best suited for the dark season and of course, at Easter. 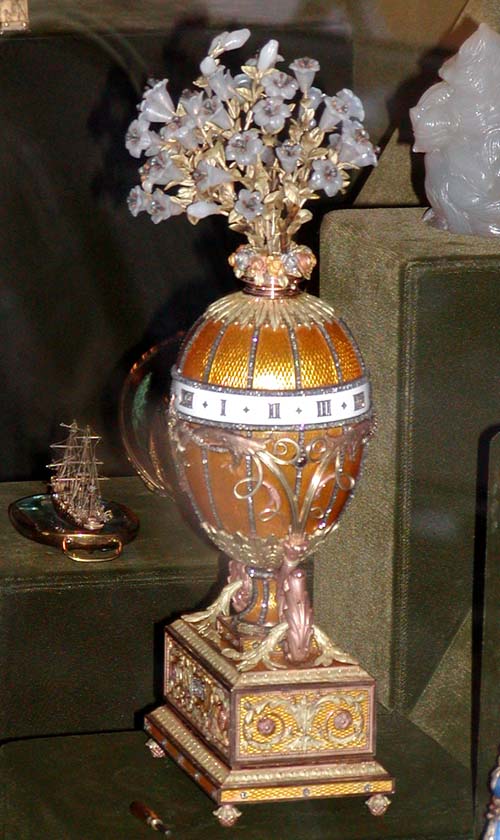 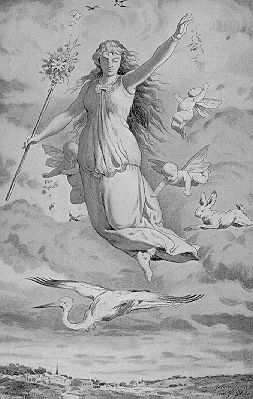 The woman of Saturn is in most sources called “Ops”, a Sabine goddess for prosperity, harvest, and work. In her honor, there were two days of celebration, a Thanksgiving and a feast held during Saturnalia. There are many parallels to the later Roman cereal goddess Ceres, for example, the cornucopia is a common attribute of both goddesses.

Some sources also mention Lua as Saturn’s wife, who is probably of Etruscan origin. Captured weapons of the enemies were sacrificed to her.

Eventually, Lua and Ops were the same goddesses.

In the ancient Greek variant Saturn = Chronos, Ops/Lua = Rhea. As a mother goddess, there are many parallels to Gaia, Magna Mater, and Cybele.

This is also noticeable in their cult. Rhea was originally worshipped on Crete and she seems to have had some very noisy and sonorous festivals. 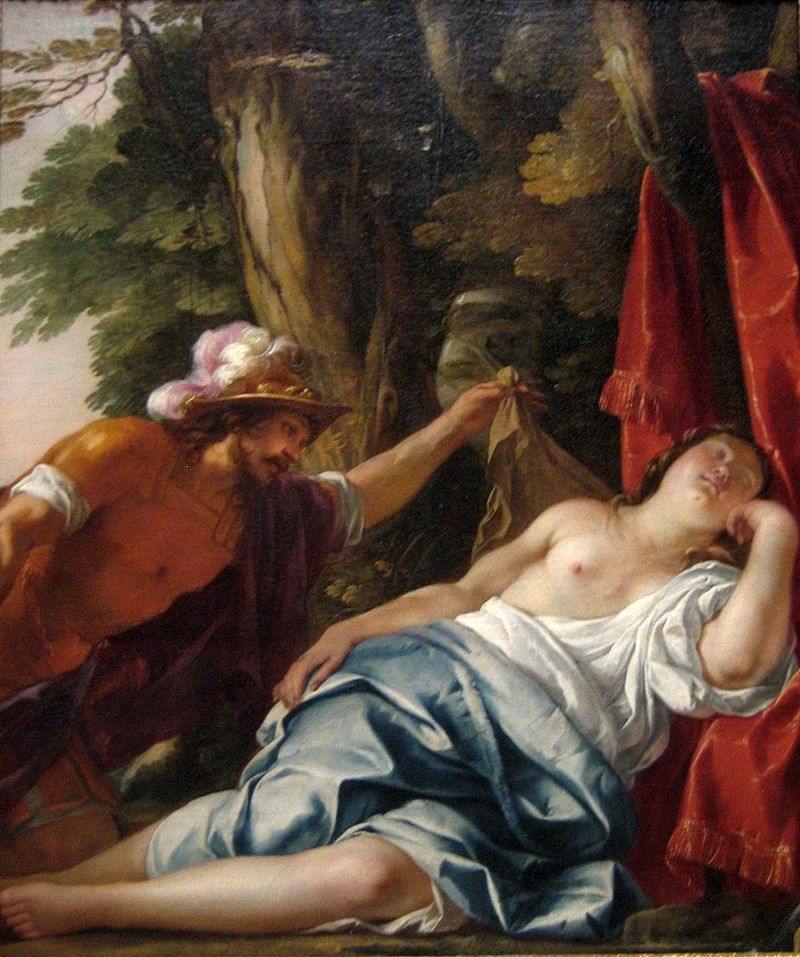 It is also interesting to note that the name is identical to Rhea Silvia, the woman who was visited by God Mars to create an empire with her. …. Now, Rhea and especially Kybele will be the focus of attention next week.