Todays article is about the sun god Apollo.

First of all, a little warning advertising in advance: Apollo plays a leading role in my upcoming book “Cupid and Psyche”. He is the best friend of Cupid/Amor, but of course much cooler and more capable than the little god of love, who is the protagonist in my book, but has just been entrusted with his area of responsibility.
Just today I reworked an exciting scene in which Apollo and Amor compete in a match. However, I don’t write more about it than that, because I want to make you curious, for the book will probably be published in English in summer 2018.
So, is it a rather difficult contribution today (How do you explain something that you don’t really want to explain in detail?), but still: it’s time for Apollo!

On the last picture you can see Apollo with a dragon being (and Cupid). If you want to know more about it, you have to be patient, because also this story was “woven in” on the first 30 pages of Cupid and Psyche. It is also the reason why Amor thinks Apollo is really great and starts to practice archery himself – or at least to carve arrows, because both Apollo and Amor were gifted and enthusiastic archers. And so was Diana, Apollo’s twin sister, by the way.

The “Quiz” was not written by me, but what did Apollo do here? Keyword “Marsyas”, remember. 😉 By Melchior Meier (Swiss, active in Italy between 1572 and 1582) – https://commons.wikimedia.org/wiki/File:Melchior_Meier_-_Apolo,_Marsias,_Midas_e_Pan,_1581.jpg, Public Domain, Link

I can tell the story behind this picture, although it is not a “nice” story. In terms of cruelty, Apollo is equal to his twin sister Diana (a moon goddess). Her escapades are named – at least indirectly – in Cupid and Psyche, because Diana is in my variant a, let’s say, somewhat cooler lady, who can also be quite brute whilst certain phases of the moon, but with her brother Apollo I was a bit cautious, because I didn’t want to write a horror novel. Before the story from the picture is unravelled, there has to be told a mythical story in which Apollo and Diana rage together.

Apollo and Diana are the children of Leto/Latona and Jupiter/Zeus. I don’t want to say too much about the birth process, because my book… ADVERTISEMENT ADVERTISEMENT 😉
In any case, Leto/Latona had only these two and no other children. This was unusual for antiquity and so it happened that one day a queen boasted of having more children than Leto/Latona.
Queen Niobe had 7 sons and 7 daughters.
As soon as Apollo and Diana heard that their mother had been insulted, so to speak, they flew to earth and killed the sons of Niobe. For some inexplicable reason – maybe because she was so desperate and angry?- Niobe poured fuel into the fire and said that she still had more children than Leto/Latona (namely 7 instead of 2) – and the twin children shot also six of Niobes daughters with their arrows.
Apparently, Niobe realized what was happening and begged them to at least leave her the youngest daughter.

What they did not. Von Ruchhöft-Plau – Eigenes Werk, Gemeinfrei, Link 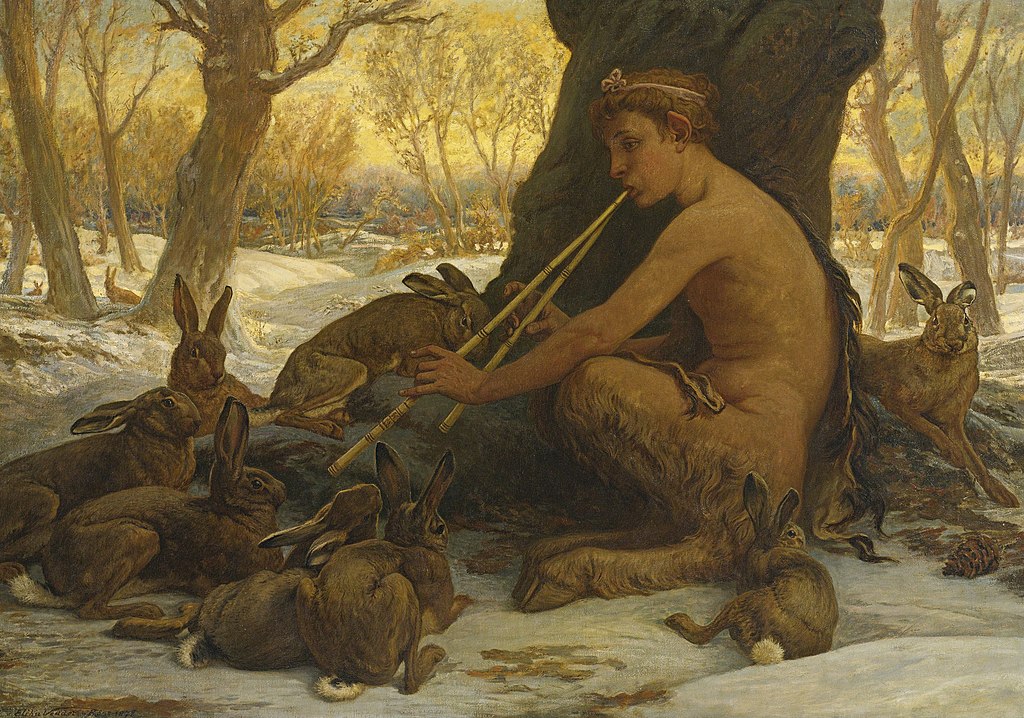 The “Quiz” picture above refers to Marsya’s cruel end.
Marsyas reminds optically of these ones here, therefore conclusions could possibly be drawn, if one deals with the history of the origin of sun gods.
Marsyas was a satyr, a demi-divine being and probably the companion of Kybele (there will also be a blog article about her in time). He loved the music and especially the playing on the double flute. Legend says that the double flute was invented of Athene/Minerva, but she threw it away after some time because it had become boring. Marsyas found it and started to play.
Eventually he was so enthusiastic about this that he asked Apollo to compete. The Muses, who had been appointed as arbitrators (and should have been very partisan, because Apollo had love relationships to almost every Muse!), decided that Marsyas could play better. But then Apollo really went to great lengths and convinced with the kithara (a kind of harp guitar) and vocals.

Marsyas had lost and, as if they had nothing better to do at that time, he was then hung up on a spruce (the sacred tree of Kybele) and skinned by Apollo….
As I said before, I am really wondering how and if this incident could be interpreted mythologically in the evolutionary history of sun gods.

Molting, in general, is done for example by snakes and this happens completely without pain. – But not for Marsyas.

There are different interpretations in the Wikipedia about why Marsyas had to suffer such a cruel fate. The main explanation is the punishment of his “hybris”, the “overestimation of himself”. (Hybris was also a nymph, by the way.)
Hybris comes from the verb hybrízein, which means as much as an unrestrained sprouting (e. g. by plants or swelling rivers), which also contains a certain violence.
This phenomenon is found in many ancient stories, e. g. also in the above-mentioned story of Niobe. Hybris is followed by Nemesis, a divine punishment.
Nevertheless, it is questionable why Marsyas was punished for such a simple thing as playing the flute. The answer may be that playing music with the flute is an allegorical tool, that “the flute” is, therefore, a representation of God’s own creative realm (e. g. the music), as indicated by the Muses attending, who represent other areas of cultural creation than just music.

The flute itself is, in any case, a very old musical instrument, perhaps even the oldest one of all. The following specimen is 40,000 years old and consists of griffon vulture bones.

And Mozart has dedicated an entire opera to a “flute”, whose interpretation (by Erich Neumann) shows many mythical references (German). Among other things, Neumann writes:”the music of the Magic Flute becomes the supreme revelation of the union of the masculine and the feminine in the sign of wisdom of the heart, which hints at the myth of Isis and Osiris”.

No wonder then that Apollo was not amused when Marsyas boasted of these abilities.

In this photo, you can see a new performance of the Magic Flute, more precisely a scene with Sarastro, which in the piece also represents a kind of “sun god” or rather a good “sun king”. He is opposed by the “Queen of the Night”, who can become very angry.

When you look at the origin of sun gods, you´ll soon discover, that they existed in abundance. I, therefore, will only refer to the oldest variant.

The oldest known sun god was the Sumerian god Utu. He represented the sun and justice.

He had a twin sister like Apollo, but also other siblings.
Inanna, his twin sister, was in charge of love, sex and war.
Ereshkigal, his older sister, was a goddess of the underworld.
Iskur, his brother, was a kind of weather god, also known as Hadad/Adad

His parents were the moon gods Nanna and Ningal, which was worshipped mainly by cowherds.

As I have often mentioned, there are some overlaps and similarities among the many ancient gods (antiquity = almost 2000 years later than the Sumerians and the gods just mentioned). I just noticed that the genealogy (i. e. the family history) of the gods seems to have turned completely around in the two thousand years up to antiquity. Children become parents and vice versa.

This can be clearly seen in Nanna and Ningal (moon gods), whose properties are represented in the ancient world by Diana. Diana is the child of Jupiter, a kind of weather god, who is in the Sumerian variant still the child (Iskur) of the moon deities.

… Someday they’re gonna grow up, the little ones. 😉 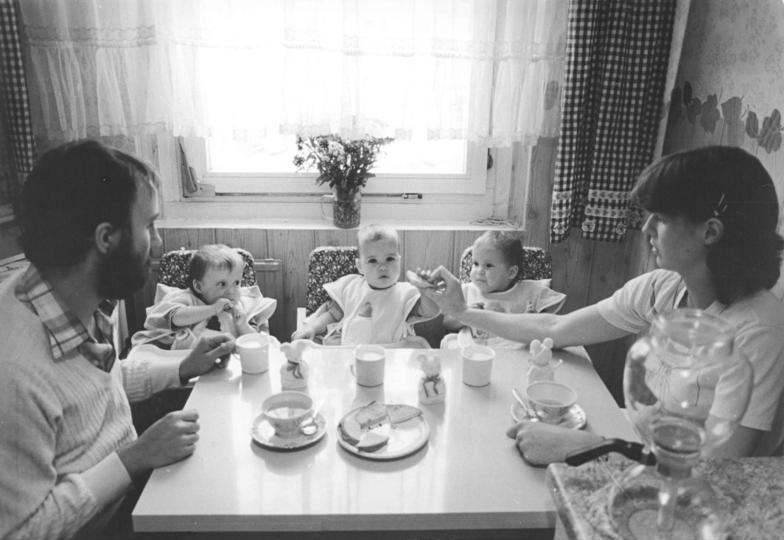 About Utu (or Shamash) there is a mythical story that looks like this in the original:

It is the so-called “Epic of Gilgamesh”, one of the oldest stories of mankind, a heroic journey which influenced more famous versions such as the Odyssey, Illias, Aeneis, and others. The rough structure of the hero’s journey can still be found in many modern novels.

What’s the myth about?

Dated back to the 3rd millennium B. C., this story is about a possible king (or a literary fictional figure) named Gilgamesh, his friend Enkidu, who dies in the context of the story, and Gilgamesh’s following quest for immortality, which he does not find.

Utu/Shamash appears in some crucial parts. He seems to be a kind of protégé for Gilgamesh, who has been arguing with Inanna. After Enkidu and Gilgamesh have killed the celestial bull that Inanna wanted to get, they take out his heart “and lay it down in front of Shamash”.
Enkidu then falls ill and dies, and Gilgames gives Shamash various objects to be passed on to the other Gods of the underworld. Among other things, a bottle of lapislazuli (for Ereshkigal), a carnelian flute (for Dumuzi), a throne and a scepter of lapislazuli (for Namtar), etc.[see Maul, Stefan, Das Gilgamesch-Epos, Beck 2012, p. 140f.]

Another concluding reference to a philosophical examination of the topic “sun”.

The above picture shows a section of Plato’s allegory of the cave. We see the sun at the top of the picture and the tied up people who stare at the wall in front of them perceiving the shadows to be “real” – instead of deriving from things running behind them.
The parable can be interpreted in quite different ways, but Plato calls the sun the only “true and good” point of knowledge.
So: if someone from the prisoners would come out and recognize the world – and especially the sun, he would have found “the truth”.

So it does not surprise that Apollo – in addition to his function as a “Lightbringer” – was also the God of Knowledge. 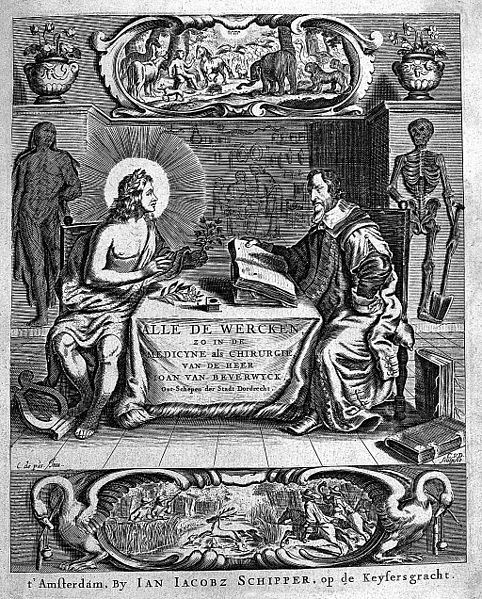